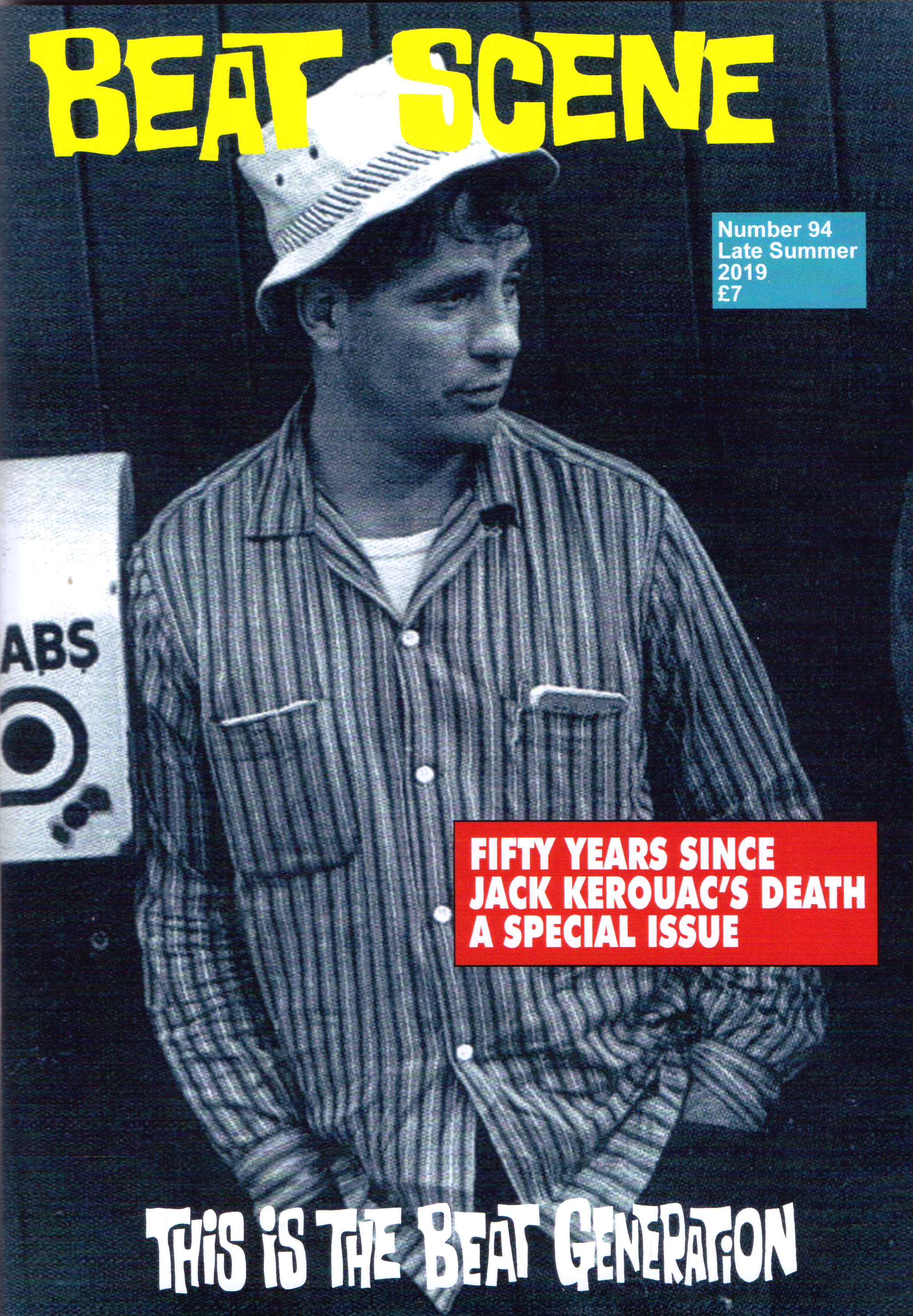 Those good people at The Beat Museum in San Francisco are busy despite these strange times we all find ourselves in. They have put up a film of author Barry Gifford – remember novels like WILD AT HEART – and of course well known to Beat Generation readers as the co-editor of JACK’S BOOK (with the late Lawrence Lee) – first hand recollections from the friends and associates of Jack Kerouac – not to mention that neat little pocket book KEROUAC’S TOWN that he put together with Marshall Clements way back. Barry speaks about this idea of a ‘Beat Generation.’ He’s knowledgeable about it all. It’s just one thing that Jerry Cimino and his staff put together at this priceless Beat landmark in North Beach. Go here for a sneak preview and to investigate their site. https://www.youtube.com/watch?v=GyjMZQBY4d4 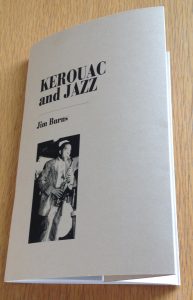 Out now – KEROUAC and JAZZ by Jim Burns. Number 68 1n the Beat Scene chapbook series. The regular series  format of 8″ x 5″ inches with cover flaps. Really pleased with how it has turned and with the healthy orders for it to date. If interested please contact me on kevbeatscene@gmail.com 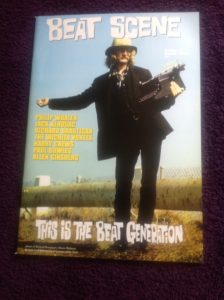 Beat Scene 96 is well progressed. Lots of variety in an eclectic issue – coming up soon.  The current situation has delayed the issue but I’m working on getting it published without compromising anyone’s health and safety. I’d rather throw it away than do that. Plus another bigger format chapbook – a little out of the ordinary but one it is hoped will pique the interest of Beat Generation readers who want to delve deeper. Again, out before too long. While they are imminent I’ve put up here the cover of Beat Scene 68 from 2012.  That’s Richard Brautigan on the front, of course, and inside is an interview with William Hjortsberg who had recently seen his mammoth biography of Brautigan published. Highly rated here. Plus Jack Kerouac, Philip Whalen – including an excerpt from a newly published biography of him – another interview, this time with Gordon Ball about being the manager of Allen Ginsberg’s Cherry Valley farm, Paul Bowles and Tangier, Michael McClure, Charles Plymell and Robert Branaman.  So, if this sounds up your street – get in touch. kevbeatscene@gmail.com 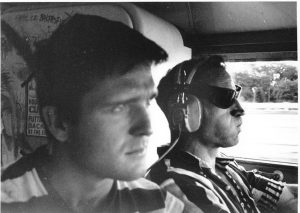 Ragged Lion Press are based in London, England and some of what they publish will be of interest to readers of the Beat Generation. Allen De Loach books, A.D. Winans, Neal Cassady broadsides (that’s Neal above with Ken Babbs), Ted Berrigan and more. There’s Gregory Corso recordings as well. Go to www.raggedlionpress.co.uk for more information. They also have a YouTube site into the bargain. 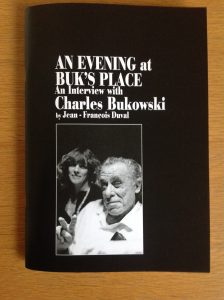 A brand new larger than average chapbook – AN EVENING AT BUK’S PLACE: AN INTERVIEW by Jean Francois Duval – is out now. All ordered copies have been posted. Thank you all. A substantial 16,000 word conversation conducted at Bukowski’s home in the mid 1980s. With photos. An edition of 150 numbered copies. Orders being taken now. email me at kevbeatscene@gmail.com 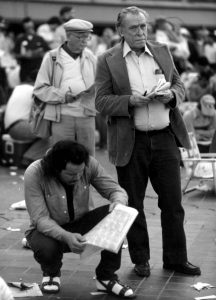 New chapbook soon from the Beat Scene Press – An Evening at Buk’s Place: An Interview with Charles Bukowski by Jean – Francois Duval. A 16,000 word conversation from 1986 – it took place at Bukowski’s house. 150 numbered copies in a slightly larger format than usual. With photos. If this interests you and you would like to pre-order a copy – get in touch at kevbeatscene@gmail.com 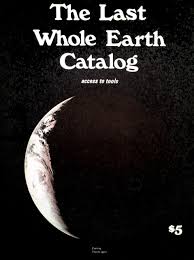 Ed Sanders appears in this BBC Radio 4 documentary – HIPPY INTERNET: THE WHOLE EARTH CATALOG –  about Stewart Brand’s Whole Earth Catalog – a pivotal and huge alternative (some would say) publication of the late 1960s and early 1970s that had echoes of the Sears Roebuck catalogue of earlier decades. A guide to a new way of life. I’ve just listened to it after reading a Guardian newspaper review of SMALL TOWN TALK by Barney Hoskyns – all about Bob Dylan, Woodstock, The Band etc. Where it was linked. The show runs for 27 minutes. The documentary was originally broadcast in 2015. 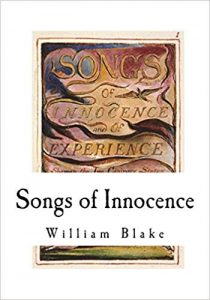 In the post this morning SONGS OF INNOCENCE and of EXPERIENCE – William Blake reinterpreted by Allen Ginsberg and friends. Of course released previously – but now in this new issue from Ace Records in London, England. Complete with substantial sleeve notes from Allen Ginsberg’s longtime guitarist Steven Taylor, many Blake images too. At www.acerecords.com

All subscriber copies of the very latest issue of Beat Scene, number 95, have been mailed out. Most will have received their copy by now. A few overseas should receive their copy in a few days. Comments, suggestions, corrections, always welcome. This issue includes Michael Fles on travelling with Ginsberg, Corso and Orlovsky in the depths of freezing Winter to Chicago in the very early 1960s. Also featured are Jack Kerouac’s Trip Trap with Lew Welch and Albert Saijo, not so much a book as an epic journey – through the eyes of Joe Ridgwell, A lost recording of Gregory Corso – salvaged by George Scrivani. Allen Ginsberg on the William Buckley FIRING LINE show and trailing him in Belfast and Swansea eye witness accounts from Peter Hollywood and David Woolley. Plus there’s a feature on the English poet Lee Harwood and his strong links with the American poetry scene of his times. Lewis Warsh provides some insight. Jim Pennington goes on a search for Jajouka and Brion Gysin. Ann Charters recalls the journey her husband Sam had in writing the book SOME POEMS POETS back in the early 1970s, a point at which Beat poets had barely been researched. We can’t have Beat Scene without William Burroughs – there’s an excerpt from the Jake Rabinowitz book BLAME IT ON BLAKE – where Jake recalls his times with Burroughs in Kansas. Plus Robert Frank, Peter Whitehead, Lawrence Feringhetti and obscure cassette releases of his readings and more. As we always say – This Is The Beat Generation. Get in touch at kevbeatscene@gmail.com 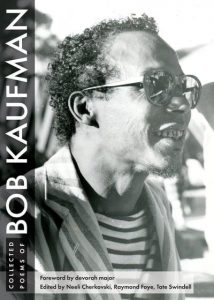 COLLECTED POEMS OF BOB KAUFMAN arrived this past few days from City Lights – with a foreword by Devorah Major, edited by San Francisco poet and biographer Neeli Cherkovski and Raymond Foye & Tate Swindell – it is a substantial collection of some 234 pages with photos included also. Proving that City Lights go from strength to strength and that Bob Kaufman, who was allegedly ‘The Silent One’ for ten years, endures and his reputation remains undiminished. We’ll be featuring this book and Kaufman in general in Beat Scene 96 which will appear later in January 2020. 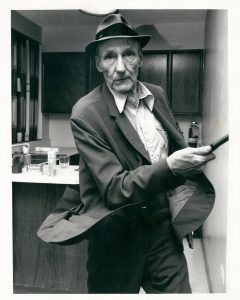 Following on from publication of HARDY TREE (Published by Bracket Press in England) by Warwick Sweeney, which deals with the work of Doctor John Yerbury Dent and in particular the Apomorphine treatment regarding William Burroughs in London in the 1950s, there was a recent radio discussion with Warwick Sweeney, along with Burroughs scholar Jim Pennington, on Resonance Radio. Sweeney discusses the book and the holistic approach John Yerbury Dent employed to gain the best possible outcome. Go here to listen. http://williamenglish.com/hardy-tree/ 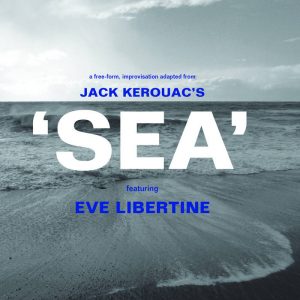 Something for the experimentalists among you – EVE LIBERTINE with a ‘freeform, improvising of Jack Kerouac’s poem SEA – available on compact disc and download – go and see for yourself at https://evelibertine.bandcamp.com/album/sea

A link to a feature in the Guardian today (November 19) all about BLADE RUNNER the film and the William Burroughs book of the same name. The book has just been republished by Michael Curran’s TANGERINE PRESS.

Thanks to James Campbell of The Times Literary Supplement for the little writeup on Beat Scene 94 in the most recent issue. Here, for those who haven’t seen a copy, is an image. 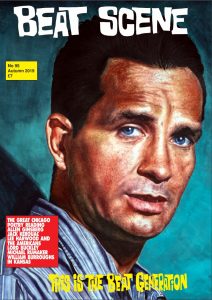 Beat Scene 95 is now available and is being mailed out to subscribers over the next ten days through late November. Here’s a look at the cover featuring the beautiful artwork of Jonathan Collins who recently displayed his Beat inspired art at the Lowell Celebrates Kerouac in his hometown. Anyone interested in pre-ordering a copy get in touch at kevbeatscene@gmail.com – copies are £8 in the UK, 15 Euros in Europe and $20 USA outside Europe Beat Scene 94 is out now. Here in October. Sure you all recognise the significance of this month in Kerouac’s imagination.  It is a special issue devoted entirely to Kerouac and is us marking 50 years since his death back in 1969. All copies have now been posted out. The last batch of 50 went out just today. It is a marginally smaller format and style to the regular issue of Beat Scene. Next issue it will revert to its usual specifications. If you would like to order a copy get in touch at kevbeatscene@gmail.com – prices are £8 in the UK, 15 Euros in Europe and $20 USA everywhere else —  including Postage – click here

Beat Scene 95 will also appear shortly after – back to regular format for that one. That will be the fourth issue this year. For this one man band that’s not so shabby. P.S. I’ve had a number of people ask where is it available online? It isn’t and it won’t be. We’re old school here. The digital age has its benefits but Beat Scene is a thing to turn the page and take your time with. The past ten days have been very busy. The Beat Scene 93 mailout was just completed this morning. What a slog it’s been. All subscriber copies mailed out. If you haven’t received your copy yet you will soon. Plus all ordered copies of the David Calonne chapbook on Charles Bukowski have been mailed and again – if not there yet – it will be very soon. Appreciate the subscriptions and orders for both. You keep it alive. The second volume of Iain Sinclair’s bibliography – deeply researched by the intrepid Jeff Johnson – has just got here. As with the first volume it is vast. Covering the period 1988-1998. Published by Test Centre Books. There are many letters, documents, publication, extracts, almost amounting to a biography. What a research tool this will be for future scholars. A diary of Iain Sinclair’s literary life. Contact https://testcentre.org.uk  for more information In the long running Beat Scene Press chapbook series – On Some Early Poems – The Genius Emerges by David Stephen Calonne is number 67. 150 numbered copies and in the regular 8″ x 5″ format with foldover covers. OUT NOW. David Calonne is a biographer of Charles Bukowski and an editor of several collections of his early work. Copies in the UK are £8 including postage. Overseas please email kevbeatscene@gmail.com for rates.